Eating healthy is something we all should do for ourselves! Your body will thank you for choosing the right food items you eat. However, I’ve heard a lot of people say that eating healthy is hard especially because healthy food tend to not have flavor. In choosing filling meals and meat cuts for a healthy lunch or dinner, here’s what I’ve found out that may help you out. 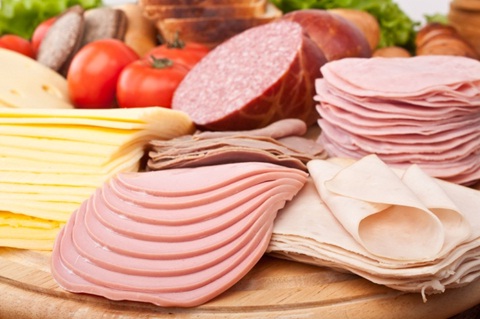 The basic thing about chicken or turkey meat versus other deli meats such as sausages, bologna, pepperoni and ham among others is that they, more often than not, contain less fat. By looking at them, you’d see less marbled fats or oil on the chicken or turkey meat fibers. Deli meats also are more meaty and fatless slices but they are less healthy.

Turkey and chicken meat, especially organic and fresh ones, are certainly healthier than deli meats. Deli meats are restructured and processed meats and we all know about how processed meats are much less desirable than organic meats when it comes to the health features. Processed meats, either deli or avian meats, also tend to have more sodium which is something you would want to avoid.

Overall, we can say that the better choice would be chicken or turkey meat because white meats have less fat contents. However, you should still remember to practice a wise selection process when looking for the meats you want. Deli meats, more often than not, are made of a combination of meats, preservatives, and other ingredients. Choose something organic, and they will have higher amounts of omega-3 fatty acids, less preservatives, and no exposure to other harmful farm chemicals like pesticides.

Last but not the least, make sure you spend time preparing it right! To avoid adding fat, consider baking your meat over pan-frying because pan frying would require using oil. Baking reduces the need for oil while making sure that the meat is cooked thoroughly. The natural juices also stay in the pan where you bake it in, so it’s a win-win situation!