There are a lot of skin care products out in the market and at times, it’s really hard to know which one is the best for you! Believe me, I understand what it feels like to wonder about what complex-sounding ingredients do to your skin, so more often than not I appreciate natural remedies and DIY skincare regimens at home. I’m particular about the skin products I use and because of this, I take time to read about what ingredients go into facial products. Since skin on the face is more sensitive than other areas of the body, taking extra care of choosing which product to use is a must for me.

One skincare ingredient I’ve heard a lot of praise about is DMAE. I first heard it from the Dr. Oz Show and Dr. Oz himself highly recommends this skincare ingredient. A lot of his recommendations have done me good, and I thought I should learn more about what DMAE is. Here’s what I found out about it.

DMAE is more properly known as dimethylaminoethanol and since that name is quite a mouthful, it is more often referred to as just DMAE or Deanol. It is a natural compound, more specifically, a kind of primary alcohol which has a yellowish but transparent appearance. It is now being used as an anti-aging skincare ingredient.

That’s what got my attention right there—it’s a natural compound which has anti-aging properties, and it is vouched for by Dr. Oz himself. On his show, he featured the patented DMAE products made by Dr. Perricone. Dr. Nicolas Perricone is a celebrity dermatologist responsible for the glowing looks of some of Hollywood’s A-listers and is the author of the book titled Forever Young.

DMAE is both a nutritional supplement which has a plethora of benefits for the body when ingested and is also a great ingredient for topical anti-aging skincare routines. It is known to have positive effects countering ADHD, autism, and even Alzheimer’s disease. While there is not enough evidence to show that it can actually treat those conditions, studies and researches have gathered information on how DMAE assists with the production of acetylcholine, which is essential for the nerve cells to properly transmit signals. According to studies, taking DMAE supplements can help improve memory and other brain functions.

It can be quite complicated when you think of all the potential effects of DMAE as a supplement, so let’s now focus on its health benefits when used as a beauty ingredient.

Dr. Perricone has his patented DMAE products which come in the form of toners, creams, moisturizers, serums, and a complete DMAE set for a more thorough anti-aging skincare routine. What exactly does DMAE do for the skin? It can be applied to the skin to help naturally reduce the signs of aging, and it particularly works well for countering sagging or loose skin. Because of this, a lot of women who are beginning to notice wrinkles or sagging skin on their cheeks or underneath their eyes tend to be attracted to this natural anti-aging solution.

According to Dr. Perricone, as featured on the Dr. Oz Show, DMAE is a nutritional substance which also acts as a powerful anti-inflammatory as well membrane stabilizer.  Acetylcholine which is produced when there is a good source of DMAE helps muscles contract, resulting in a tighter look on your skin. The contraction happens underneath the skin, which is why DMAE does not just work on a surface level but on a deeper level, which helps maintain the toned condition of the skin as well. DMAE works from the inside when taken as a supplement and apart from improving brain functions, it also helps improve a person’s overall skin condition.

Since DMAE is also available as an ingredient for creams, facial serums, and other skincare products, women—or even men can also benefit from DMAE when used topically. The effects are astounding. Once applied on the skin, the effects can be felt and seen! Talk about seeing is believing—DMAE will make you believe how good it can be for your skin. Upon application, the skin tightening effects can be seen immediately, which is why it becomes highly encouraging to use and include in your regular skincare routine.

What’s great about DMAE is that unlike other commercial and chemical skincare products, DMAE does not lose its effects over time. Think of the effects of DMAE as cumulative and that the longer you use it, the better your skin will be. Being a natural ingredient, your body adjusts to it instead of developing immunity to it, which is what happens when other chemicals are used. According to those who have used it—and I’ve heard some of my friends testify to this as well, using it for weeks or months has resulted in overall improved skin condition that does not falter.

The improvements from using DMAE as a topical skincare product continue even after using it for long stretches of time—something that chemical products don’t always achieve once the body develops an immunity to it. 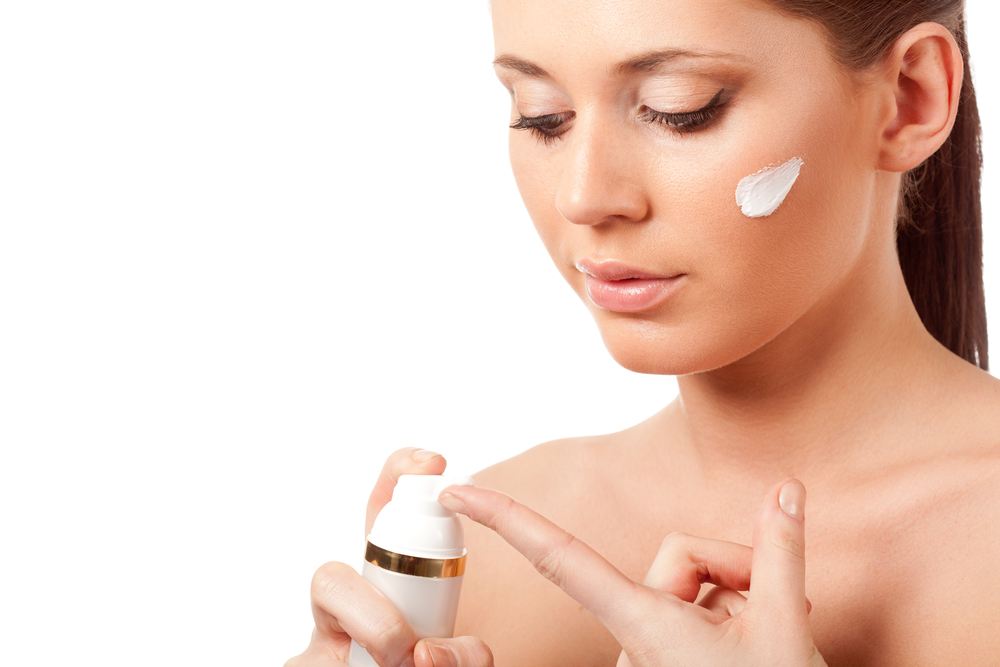 How to Make the Most of DMAE Products

Your skin will look firmer, younger, less lined, and overall smoother when you use DMAE. It also has a lifting effect on the skin.

Just a small amount, say a pea-sized amount of product which has DMAE in it can be used all over the face. It can be gently rubbed into the nasolabial area, around the eyes, the forehead area, under your chin, and even onto your neck. Gently massaging it into the skin will show results within just twenty minutes after application.  When applied around the jawline, the sides of your face will look firmer and more contoured. Lines and wrinkles will also be immediately reduced after the initial application. Because of the ease of application of DMAE and the wondrous effects it has, Dr. Oz recommends this ingredient and endorses the products which contain DMAE to those who would like to have younger looking skin!